Resilient and efficient animals play a key role in addressing current and future challenges for sustainable livestock production. To improve resilience and efficiency of cattle through breeding, these traits require definitions and quantifications. However, both traits are complex, multifactorial traits that vary throughout production stages or even over a lifetime. Moreover, we currently lack practical, scalable definitions and models that predict both traits early in life and that account for the variation in these traits over time. These gaps limit the options to select which cows to keep and breed to improve resilience and efficiency.

GenTORE contributed to solving the aforementioned gaps by leveraging longitudinal data generated by precision livestock farming (PLF) technologies, while combining these data with physiological expertise in resilience and efficiency, alongside on-farm measured data.

To solve the issue on lacking scalable definitions, GenTORE first established what is considered as resilience in dairy cattle. Multiple practical and scalable definitions were proposed, considering the accumulated effect of good resilience. These definitions were based on, for example, the length of the productive life, on health events, or on combining aspects of production, health and fertility into a lifetime resilience score. Next, methods to objectively predict cow-specific resilience early in life using on-farm PLF data were developed. Milk production, reproductive performance, diseases events and conformation traits (mainly udder depth) were determined to be risk factors for culling; these can be considered as early predictors of productive life. Variability in milk production, as well as the dynamics of milk production and activity measured during first parity were found to relate to resilience. 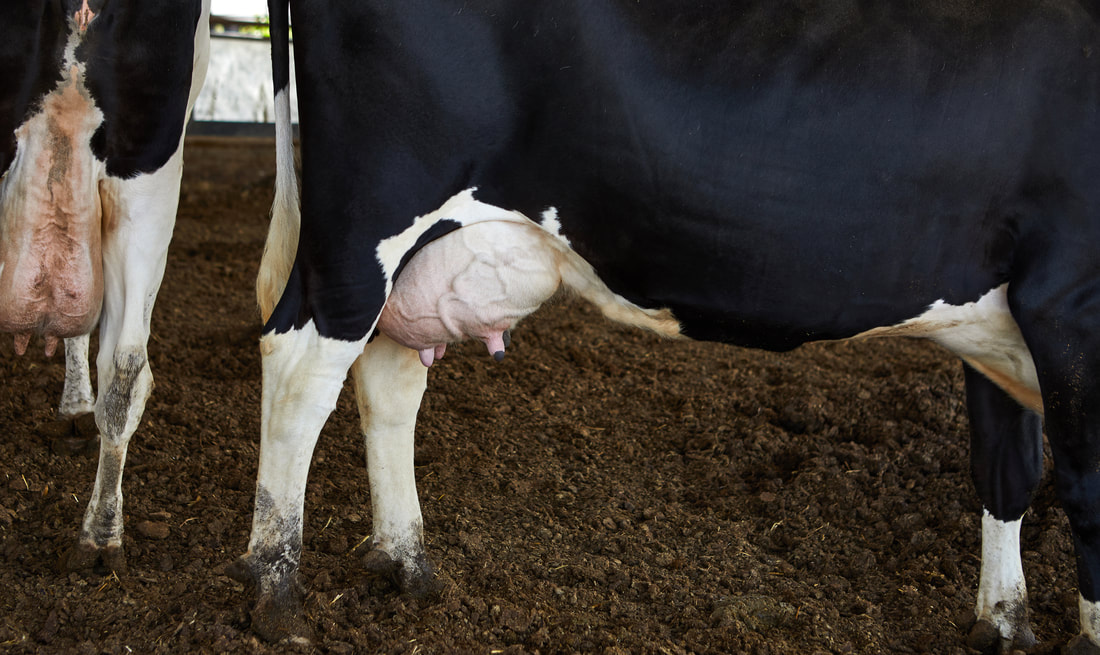 ​Moreover, variability and dynamics were heritable, opening opportunities for selection. However, no single ‘one-size-fits-all’-model could be developed, confirming the complexity of resilience as a trait and suggesting that the long-term measures of resilience, such as the productive lifespan, of dairy cows are significantly affected by farm management practices and farmer preferences. This effect of farm management and farmer preferences on resilience is important to consider when selecting the best animal-in-environment cow and in the development of decision support tools for resilience. Moreover, the effect can hamper the genetic progress being made based on the phenotypes established in GenTORE.

Biological hypotheses were taken as starting point when evaluating what can be considered as an ‘efficient’ cow. In GenTORE, feed efficiency was the main focus when examining efficiency, which was subsequently depicted by residual feed intake (RFI). Residual feed intake is the difference between actual feed intake of an animal and the predicted feed intake based on its performance, measured over a fixed time period. Although it is known that RFI varies with age and over lactation stages, this knowledge was not taken into account in existing RFI prediction models. GenTORE, therefore, developed a method to predict RFI while taking into account this variability; the time-variable, and thus, dynamic RFI.

Before GenTORE, efficiency and resilience were often considered as opposite traits: resilient cows were believed to lack efficiency and vice versa. The definitions developed in GenTORE facilitated the exploration of this hypothesis, and it became clear that the interplay is more complex than initially perceived. The lack of evidence for a truly opposite effect mainly came from the observations that considerable variability in both resilience and efficiency existed across cows and that the expression of the resilience and efficiency phenotype depends on farmer’s preferences and environment in which the animals are in. Whereas one can argue that short-term efficiency is important, GenTORE proposes to consider mainly the long term (for example, the lifetime of an animal) definition of efficiency, i.e. sustainable efficiency. Hence, it can be argued that increasing the ratio of productive life over total life (better resilience) could be more efficient than improving production efficiency during a short-term life stage. 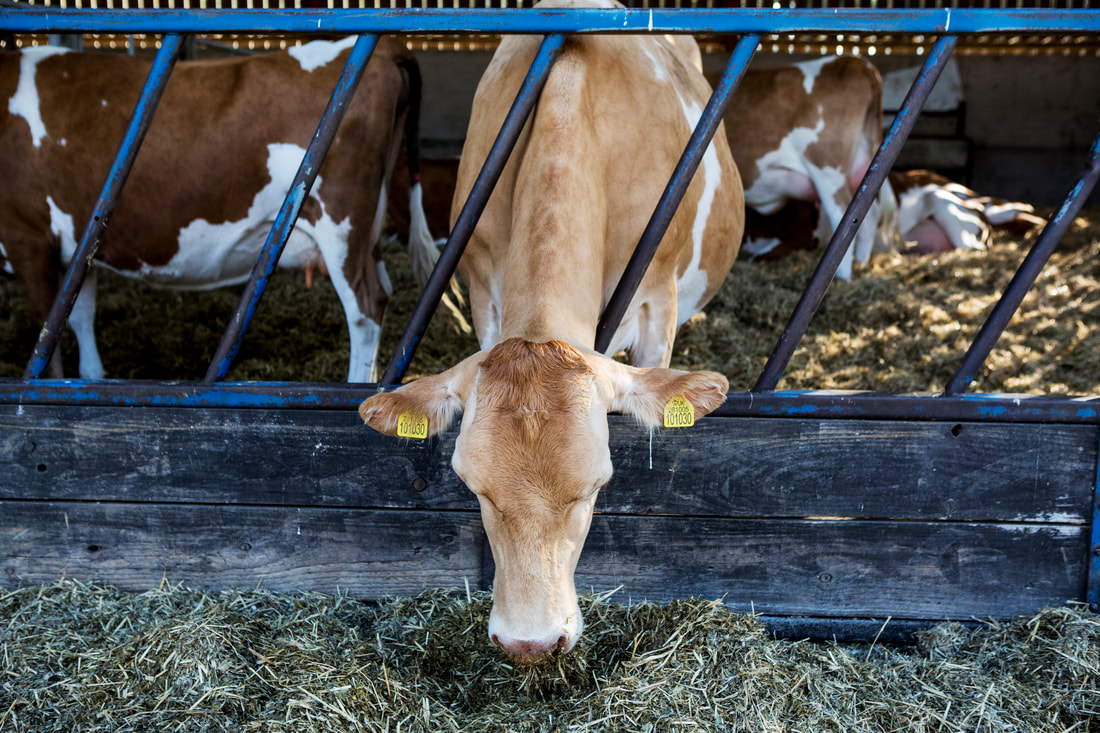 ​Applications and potential Impact:
​
GenTORE’s contribution to solving the gaps around resilience and efficiency can lead to further impactful applications. Longitudinal data generated by on-farm PLF technologies can be used to (1) quantify and (2) predict cow-specific short- and long term resilience on individual farms. This allows to rank the animals present on a farm at every moment in time. To this end, practical, dynamic and easy to implement and understand tools were developed in GenTORE to rank dairy and beef females on their expected remaining lifetime contribution to herd profit; these now deployed indexes considered both efficiency and resilience. Ranking of the animals for resilience and expected lifetime early in life (that is, during first lactation) facilitates the selection of animals with the best performance for breeding to, for example, advanced breeding techniques or higher valued bulls. Lower ranked animals can be selected for replacement and, as such, the best animal-in-environment herd can be established. Many factors such as disease events, farmer preferences and available youngstock affect culling rate. These factors are often difficult to quantify. Additional to selection and breeding, farmers or advisors now have the opportunity to identify the factors influencing culling risk based on the on-farm available data and derived proxies for resilience, and as such, improve longevity and productive lifespan. Additionally, objective measures for resilience can enhance accuracy of genetic or genomic evaluations at a population level.

GenTORE’s contribution to solutions for efficiency showed that feed efficiency varies with physiological status of the cow, and that this variability over time needs to be considered when feed efficiency is assessed on farm for selection purposes. More specifically, GenTORE’s outcomes showed that the most representative period for quantifying feed efficiency at a given life stage is during the steady-state periods, i.e. mid-lactation being the most representative of an entire lactation and mid-growth being the most representative for the entire growth period. However, it does not imply that animal ranking in efficiency will remain the same from one life stage to another, as the biological functions involved in efficiency may be considerably different. Also, the high costs associated with individual cow feed intake measurements limit the possibilities of long term and large scale phenotyping.

When considering the interplay between resilience and feed efficiency, GenTORE demonstrated that short-term efficiency, measured during a given physiological period (i.e. lactation or growth) is unfavourably correlated with resilience which generally reflects a lifetime ability. However, simulation studies carried out in GenTORE indicate that when considering long-term efficiency, the correlation with resilience becomes favourable as more resilient animals will have a longer productive lifespan (thereby diluting the cost of the non-productive periods such as the rearing period from birth until the start of first lactation in dairy cows). This raises the question of which type of efficiency (short vs long-term) should be considered for selection: mitigating the non-productive periods could be, in the end, more sustainable than selecting for RFI during first lactation. ​​
Read the full DOCUMENT